“It’s really inspiring to work with Kayonza, a good partner in consistently purchasing tea from smallholder farmers,” says Rachel Wanyoike, Solidaridad’s Director East and Central Africa. “We work to improve outcomes for farmers who often struggle to find strong off-takers for their produce. Kayonza has proved to be reliable and is aligned with our goal of improving farmers' lives.” 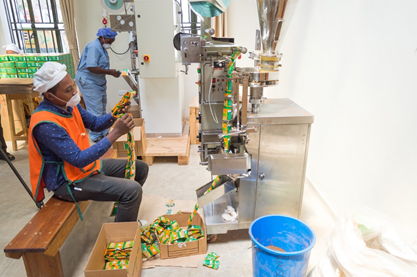 Oikocredit is investing 3.15 million dollars in the tea factory. The impact investor’s due diligence started in March 2019 and the deal finalized in September. The groundbreaking ceremony for construction of the factory to begin is scheduled for the third week of January 2020.