Arnoldo and his family

Arnoldo was born in the town of San Vicente, Misiones in Argentina, 42 years ago. His family, like many others in the region, came from Germany and Ukraine at the beginning of the 20th century in search of a better future, and settled in this north-eastern corner of the country, home to the world-famous Iguazu Falls. The Holzmeisters learned to cultivate tobacco, switching to tea in the 1980s.

About 15 years ago, Arnoldo bought his own farm, where he lives with his wife and two children, to continue the family tradition. In 2014, at the request of one of his customers, he decided to adjust his methods in order to qualify for Rainforest Alliance certification. He has since embraced the concept of continual improvement, and adopted planning, record keeping, orderliness, and phytosanitary and soil fertility management practices.

Fertilisers don’t wash away if you have ground cover instead of bare soil.

Looking after the soil

One of the main challenges in Misiones is soil protection. The top soil, the layer richest in organic matter, is very prone to water erosion here, because the land slopes steeply and the area receives up to 3,000 millimetres of rain per year (compared to about 600 for infamously grey London). This is the primary cause for the loss of soil fertility. Because top soil can take many decades to restore, erosion prevention is key.

By joining training programmes funded by S&D and run by Solidaridad and its partners, Arnoldo has acquired new techniques and knowledge, and changed negative practices which had been passed from one generation to the next. The first European immigrants tilled the ground every year as they had done back home, unknowingly depleting the soil’s surface of its nutrients.

“They did not know how to take care of the land,” Arnoldo acknowledges. "That’s why we must now raise awareness about the characteristics of our soil, and the importance of protecting it in order to maintain good fertility. These days I sow grass in the tracks between the tea plots. That stops erosion from advancing. And if you have green cover instead of bare soil, fertilisers don’t wash away when it rains.”

Along with the adoption of ground cover, Arnoldo says that one of the most positive changes since he started continual improvement is more accurate fertilisation thanks to soil analysis techniques. “It has improved yields a lot. Soil fertility can’t be improved from one year to the next, but results have been much better since the third year.”

The harvesting season in Misiones lasts from November to April, during which producers can harvest leaves up to four times. At the beginning of the certification process five years ago, Arnoldo averaged about eight tonnes per hectare per season. Producers who adopt good fertilisation and land management plans can double those yields in five years.

Looking after the forest

Misiones is home to the largest continuous swath that remains of ​​South America’s Atlantic Forest. One of the focus points for Solidaridad and its partners is to create awareness among farmers and provide support to preserve forested areas within farms as 84% of the native forest is on privately owned land. The Misiones project includes the preservation of 475 hectares of it.

The forest ecosystem plays a crucial role in agriculture. It is the habitat of pollinators and other beneficial insects and helps to regulate temperatures, rainfall and water supplies. There is no piped water here so families use water from streams and watersheds for consumption and irrigation. Where forests are maintained or have been recovered, the water supply does not diminish during dry periods because vegetation protects the water courses. “We are aware of the forest’s importance and look after it,” says Arnoldo. 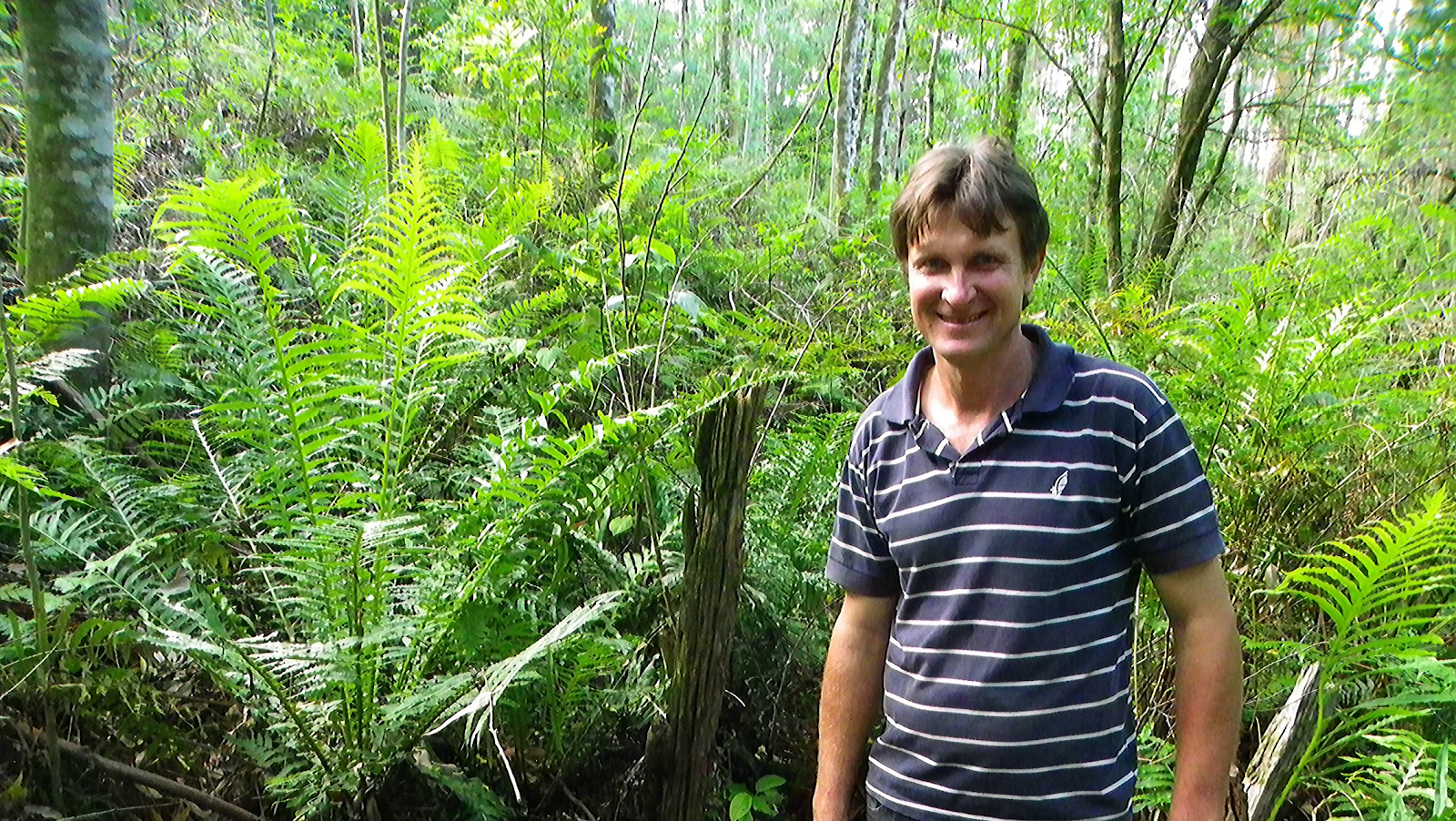 Arnoldo’s land includes forest which he has learned to preserve

He mentions how important it is for neighbours to see the work he is doing. “Many of our neighbours have copied what we did. To those neighbours who are at a stage similar to the one I was at five years ago, those who see erosion on their farms, I would say, do something. Their plantations will be finished if they are not looked after.”

Certification like Rainforest Alliance’s also gives growers an advantage in the marketplace. Over 50% of Argentinian tea is certified and the trend is increasing. Tea traders for the US market, like S&D and Valmitran, only buy certified crops because consumer demand is so high. "Our tea sells better thanks to what we are doing,” Arnaldo grins.

“I think my children will continue with this approach. I am slowly teaching them how things should be done, so that they can apply it here or at another farm. One day I hope to ask my grandson to take care of what we’ve accomplished, because it’s not easy to build a farm. I would tell him to take care of­­­ his surroundings because it is the right thing to do.”